So, You Don't Believe In Global Warming

Nico Bell 19.12.13
You don't believe in man made global warming. You think the whole idea is rubbish.

In other words, you believe that the vast majority of scientists, universities, governments, international insurance corporations, international banking, and the media are all in on an massive global scam to just make shit up. And there is more money to be made from this, apparently, than by telling the truth that fossil fuel burning has no ill environmental effects and we can carry on using them.

And only you and a few other brave souls are brave enough to see through this.

And they call the Greens fringe dwellers...

Anyway, if you're struggling with the concept of how there can be global warming when you remember very hot days from your youth, and we still have cold days now, this handy simple chart sums it up: 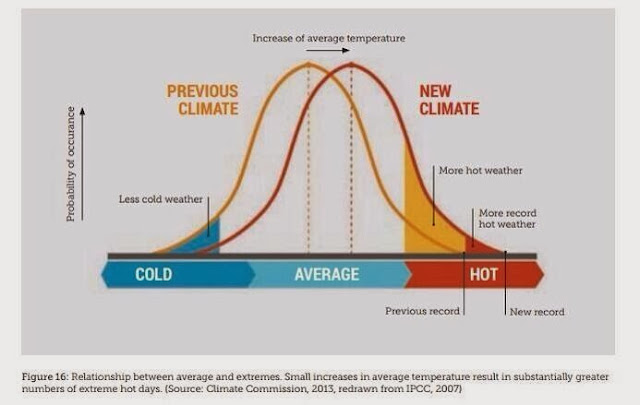 Although I do notice those who say "so much for global warming LOL, it's snowing in Egypt" never say "well, maybe I was wrong" when we have yet another record-breaking heatwave...

Also, a word on our Facebook page. I resisted setting up a blog Facebook page for a long time, but I've recently set one up, and post stuff there that doesn't quite make a full blog post, but is interesting anyway (well I think so). You can also comment on posts there if you have trouble with Blogger's commenting system. So pop over and hit like, I'm not going to tie you up and force you, and I could, cause I've been going to the gym lately.