What Good Can I Do Today?

Nico Bell 5.9.14
For those who don't know, I'm pretty heavily into art journalling. I've been doing it for many years now, so although over that time I've spent hundreds and hundreds of dollars on supplies - often $5 worth at a time - it's a cheap hobby cause I'm already set up. I don't post my work though, except occasionally on Instagram, because 1. Without a scanner, I can only take lousy pictures on my camera phone, and 2. Despite years of practice, I've only progressed in skill from "terrible" to "mediocre:, and I'm intimidated by all the awesome work I see out there.

But I'm posting today, because I've had a revelation. 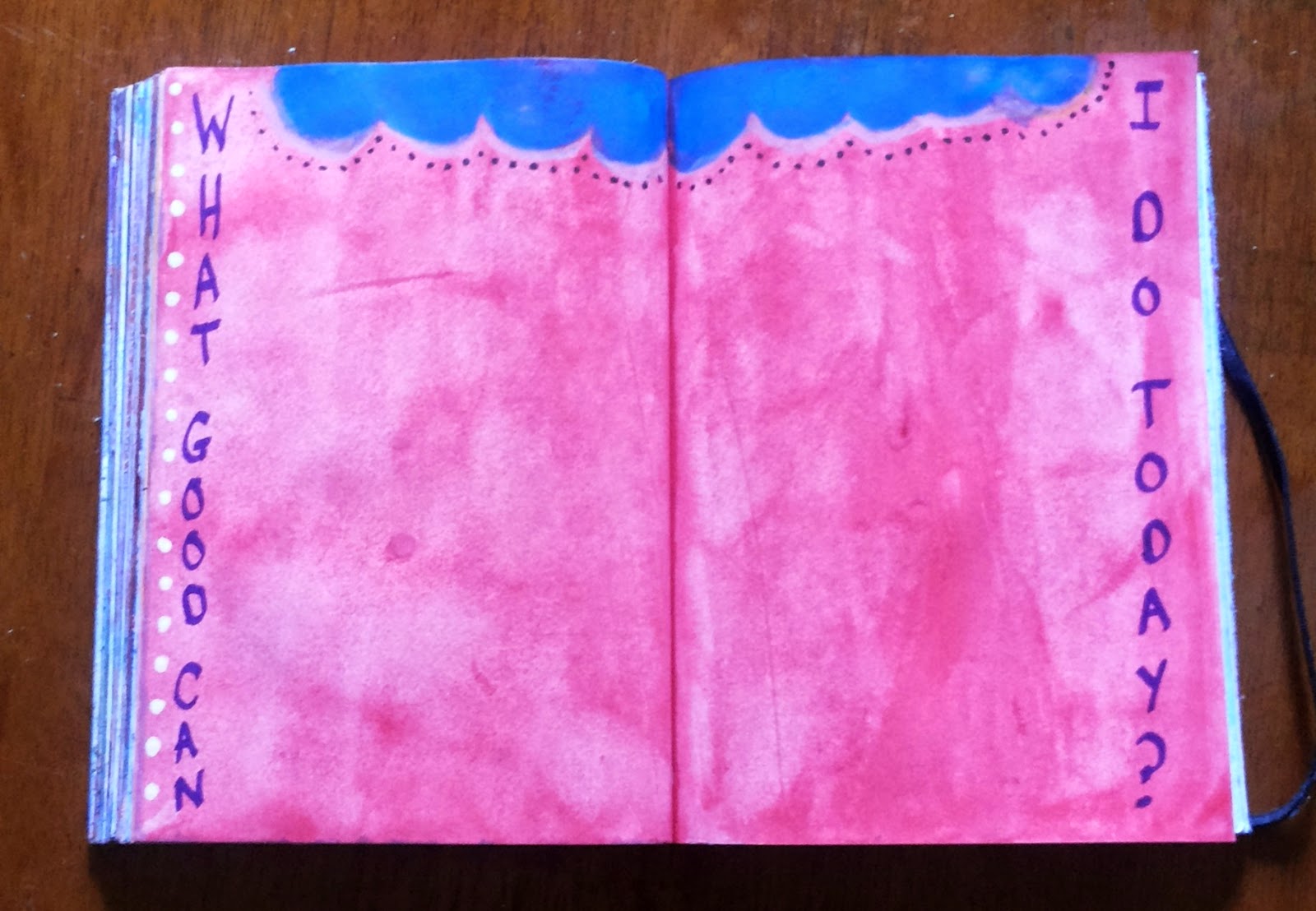 In a quest to go deeper with my journalling and get my life back on track, I read of how Benjamin Franklin scheduled his day. Every day, rising at 5am (not a habit I can get on board with, although sometimes with a toddler I've no choice - luckily Baby G is 3 now and usually sleeps till 7 or so), he would take time to contemplate the day ahead and ask himself what good can I do today?

It's a question I need to ask myself. Our lives are in a holding pattern at the moment. We're waiting on some money so we can pack up and move to Sydney. I'm on a semester break from university, so I don't feel I'm doing some good by working towards my goal of being a child protection worker and eventually, that PhD on how we can better work with teenagers who are being abused. I'd planned to volunteer for meals on wheels, but learning to drive is taking a bit longer than I'd planned. I'm not doing any other volunteering, I've had a few health issues recently and basically just being a big useless sack of crap. An angry sack.

Enough with the anger, it is time to focus on healing. I'm going to start every day by asking "what good can I do today?" and then doing it. It was Indigenous Literacy Day this week, so I donated what I was contemplating on spending on a takeaway lunch. I signed the Amnesty petition to free Peter Greste (I've sent an email previously). I resolved to let go of my petty annoyances with people and go with the flow.

Oh, I know it's not much. But nothing's much, if you look at it like that, and all the not muches surely will come to something, if I do it every day and others do it to (and I know an awful lot of people who are already doing wonderful things for the world every day). I'm planning to stick with this, and let's see where it goes.