Trump the Toddler: the Final Proof

Nico Bell 13.1.17
It's hardly a novel observation that incoming US President Donald Trump acts like a toddler, as anyone who's ever had a toddler in the house will recognise: the tantrums, the self-centredness, the meltdowns when things don't go their way. We see this all with Donald Trump, but how does his behaviour on his favourite communication platform, Twitter, reflect what the parenting experts have to say about the carry on of the little people with sticky fingers careening around the house?

In his 2001 collection, The CEO of the Sofa, PJ O'Rourke quoted from 1982's Your One Year Old: The Fun-Loving, Fussy 12- to 24-Month Old by Louise Bates Ames as to how the characteristics of toddlers can be seen in managers. O'Rourke describes himself having a shock of recognition, and frankly so did I.

All of the "Characteristics of the Age" Ms Ames describes can be seen personified in Trump:

He seems to want everything, to prefer everybody else to have nothing:

A busy little person. Though much of his activity is purely...bumbling around from one spot to another: 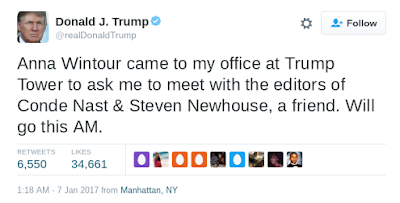 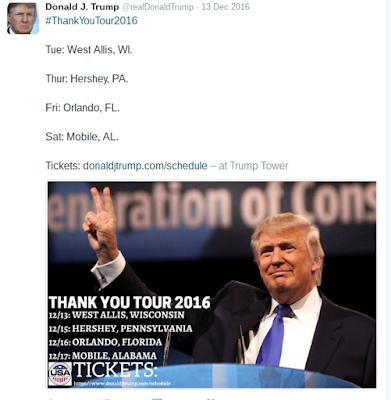 Almost anything may attract his attention, and then he almost seems to have to respond, without rhyme or reason:

Extremely self-involved. He relates to others if and when it pleases him: 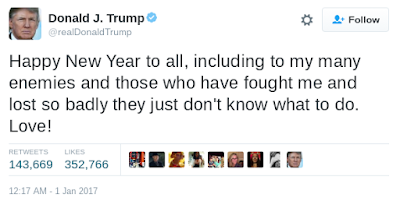 All too likely to put on a full-fledged temper tantrum over what may actually be only a minor frustration: 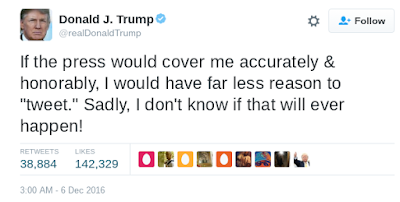 Can be seen as enchanting if the viewer appreciates an almost total egocentricity:

There you have it. There's more, much more of course - gleefully listing all the foreign leaders who've called to offer congratulations; other meltdowns over this or that "dishonest media. Sad!". We can't work through the stages of grief here; we're all stuck in denial.