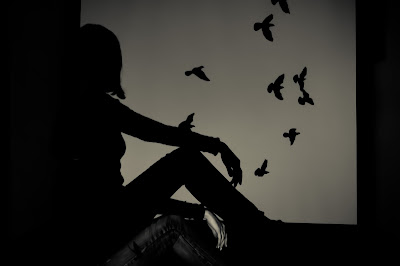 It's well known that it's almost impossible for sexual assault victims to receive recourse through the criminal justice system. Now an act of going public about your experience, naming and shaming your attacker, has been hailed as a great act of achieving justice in the public sphere where none was available in the courts of law. Justice must be fairly available to everyone to be, well, just. But as a form of justice, going public is as capricious, arbitrary and unequal as the systems it was intended to replace.
In writing this, my intention is not to criticise anyone who has come forward with their story of sexual assault; I am critical of the societal notion that going public is somehow a more reliable and direct way of claiming justice. You can't go public unless you have a public, and there's very little equality in who gets public attention and why. Many women would love to speak out about what happened to them, if only someone would listen.

This follows a recent high profile case where a young woman went public with her story of how in 2015, a consensual sexual encounter with a man she knew turned violent, with her frightened to leave after being attacked. The next day she sought medical attention, then went to the police; after police did not pursue the case and with what she felt was an unsatisfactory response from the political party the young man was a prominent staffer for, two years later she went public with her experience, explicitly describing the assault and naming the man who committed it.
The story has captured huge media attention. News stories, Radio National background pieces, today an op ed in the New York Times. The young woman involved, and those who would similarly speak up, have been widely lauded for their stance. The idea is that if the institutions of justice fail, you can seek recourse in the public sphere by naming and shaming those who have caused you injury; thus warning the public about potential attackers and highlighting the actions of those in positions of authority who were meant to help, but did not.
But it only works if going public actually gets public attention. This story had all the elements to grab media attention; a victim who is young, white, attractive, media connected (a journalist!) with a large social media following. An accused attacker who is closely connected to a political party, with a large social media following himself.
After I was held against my will and subjected to repeated physical examinations despite my refusing consent and begging staff to stop when in hospital prior to the birth of my son in 2011, I complained to the Health Care Complaints Commission in the hope of forcing a change in official policy regarding pregnant assault survivors in the hope that what happened to me could never happen to any other woman. After an emotionally devastating, 18 month long process, my complaint was rejected, despite written proof that staff at the hospital lied about the treatment I received.
I then went public with my experience, hoping to draw public and media attention to what had happened so that maybe other women would come forward, or be warned off, and the hospital would be publicly shamed into changing its policies where it could not be officially mandated to do so. I got nowhere, despite years of posts and tweets, and that has been really hard too.

My story is kind of complicated I know. But also I don't have a large following, I don't have a media role, and I don't have an attractive face to slap over an interview. My story does not relate to the goings on of the inner city politically and media connected young and powerful. And when I have been noticed, it's to be criticised for being an attention seeker, even though I only wanted the attention so I could make some changes in the system.
And I have a voice to express what has happened to me, even if I lack an audience. There are many, many more who are silent, and they are the ones the justice system is more likely to fail in the first place. Older women, domestic attacks, those not on social media at all. The voices of Aboriginal women struggling to be heard about the violence they face. There are few op ed articles, hashtags, or official responses from law enforcement agencies for them.
It is of course incorrect to see the criminal justice system as offering actual justice for the vast majority of complainants in its current state - but it is a forlorn hope to imagine that women going public with their stories is any less systematically unfair.
If going public highlights the failings of the systems meant to protect rape victims and brings about systematic change, then it is only to the good. And I uphold any individual's right to go public with their story. But when not everyone can have their voices heard, naming and shaming should serve as an impetus to highlight and correct the failings in the current criminal justice system, not override it. Naming and shaming rapists will only shame those whose names are heard. For the women who don't have a voice, there is still no justice.