International Women's Day 2021: the bad, the worse, and the WTF

Well, it's International Women's Day*, again. So in honour of the day that began as a communist holiday before being co-opted by the corporate and liberal forces of white feminism, here's a selection of the most rage, or at least cringe, inducing moments from the day.

We kick off the day with this effort from the West Australian. Whilst the headline is actually given as an example of the abuse women at the publication receive and a show of support for its female journalists, you have to read the article to ascertain this. And plenty of people don't read the article, especially when they just see the headline on posters outside newsagent windows or when queing up to buy petrol. Nice idea, terrible execution. 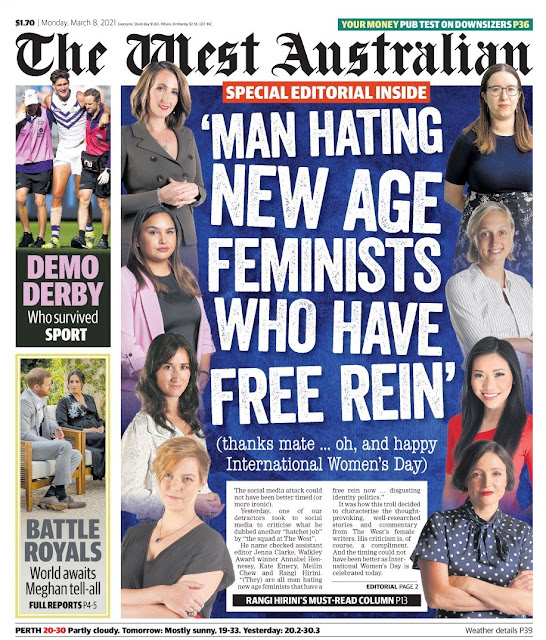 Federal MP Dave Sharma was also off to an early start today, handing out (pink!) flowers to women at a Sydney train station in honour of the occasion. Just what you want on your bleary eyed, crowded Monday commute through the city's train network; a strange man handing you flowers.

Can you fucking not?

Here's Josh Frydenberg wearing an IWD ribbon on morning TV to let ladies know he's on their side: 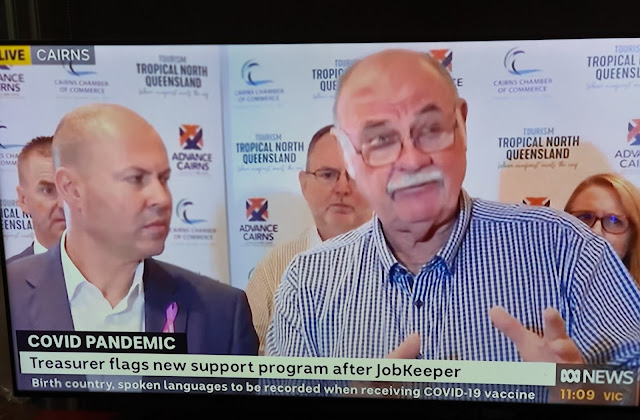 This is what Frydenberg had to say last week about his colleage and Attorney-General Christian Porter after he was accused of rape:

"He's entitled to the presumption of innocence, as any citizen in this country is entitled.

"He has the Prime Minister's support and he has my support."

But Frydenberg has more goodies for us. The government of failed ad man Scott Morrison is here to offer us the only thing it ever offers - an ad campaign. 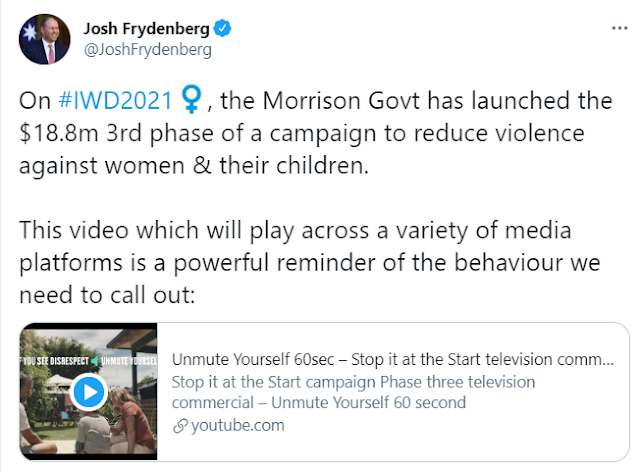 You know the suburban BBQ where the wife does the inviting, buys the food and grog, makes the salads and desserts, sets the table, and all whilst wrangling the kids hands her husband a plate with the steaks and sausages, which he proceeds to turn on the hotplate whilst drinking a beer then takes all the credit for doing the barbecue whilst his wife cleans up? The Morrison government is like that, but with human rights instead of Coles BBQ snags.
Sounds about white.

An apparent lack of space for Aboriginal women wasn't the only thing wrong with the IWD march in Melbourne: 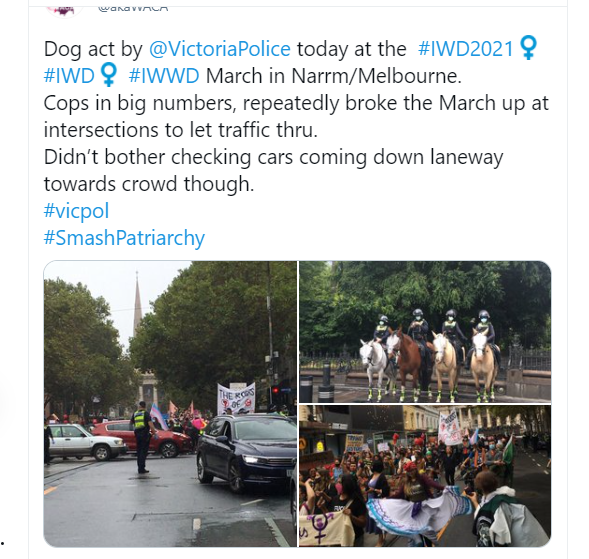 There is nothing snarky I can say about this. It's too heartbreaking. 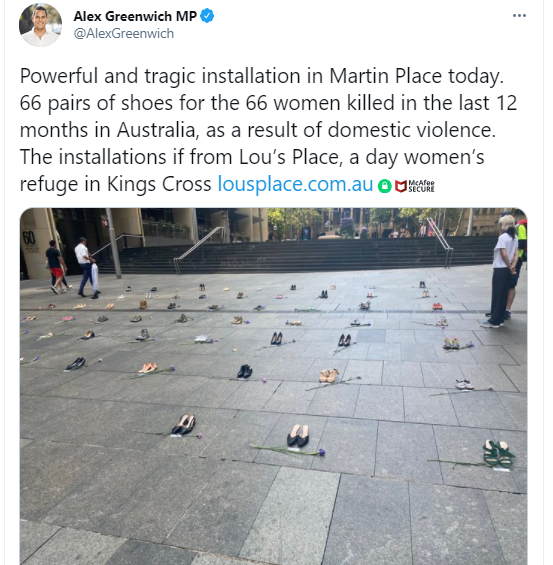 The refuge Alex Greenwich refers to, Lou's Place, is the only daytime women's refuge in Sydney and receives no government funding. It would be nice if community based support services were funded instead of PR consultants, but in the meantime maybe sling a few bucks their way if you can afford it?
Of course in Australia, we mark global occasions earlier than the rest of the world, so I'm hoping to update this post with the worst takes from across the planet as they mark the day. In the meantime, here's one we cooked earlier: 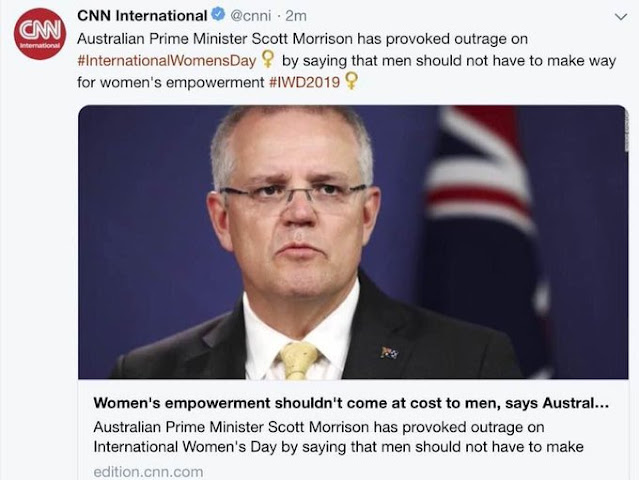 Have a rage filled day everyone, then turn that rage into action.
* It's November 19. International Men's Day is November 19.