Bradford Exchange has the worst things for sale

If you're as old as I am, you may remember in the days of actual magazines made of trees, in the TV guides that came free with the newspapers and the trash mags at the doctor's waiting room, the regular full page ads for the company Bradford Exchange, hawking overpiced themed clocks and commemorative plates.

If you've thought about that organisation at all in the intervening years, you may have wondered if there was a place for such a company in the modern world, or if they'd gone out of business.

Good heavens, no. Bradford Exchange is still a thing and. unhampered by the limits of paid advertising space, they're able to let their young hearts run free, selling the absolute worst overpriced "collectible" shit you can imagine to whoever on Earth is buying it. A sample: 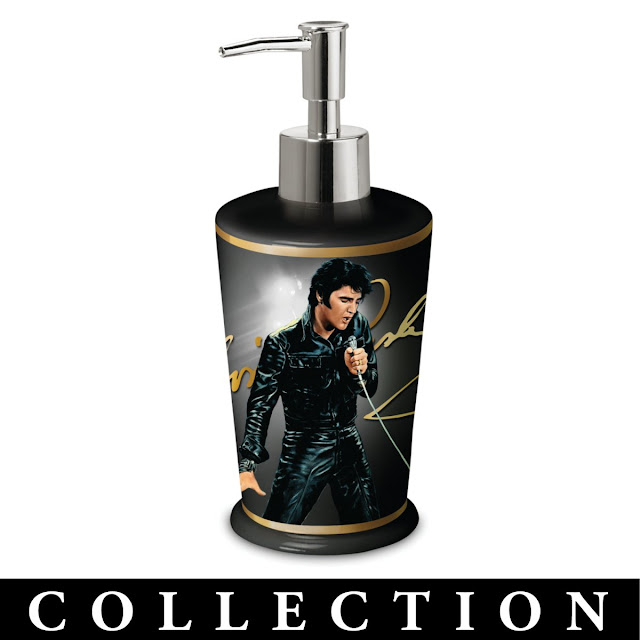 If your decor philosophy is "too much Elvis is never enough", then you're going to need an Elvis lotion dispenser. An Elvis lotion dispenser that's part of an $80 bathroom set including the "all shook up" tumbler, "wash away the blues" soap holder, and "joyful tears" tissue box holder (tissues not included). Take his hand, indeed. 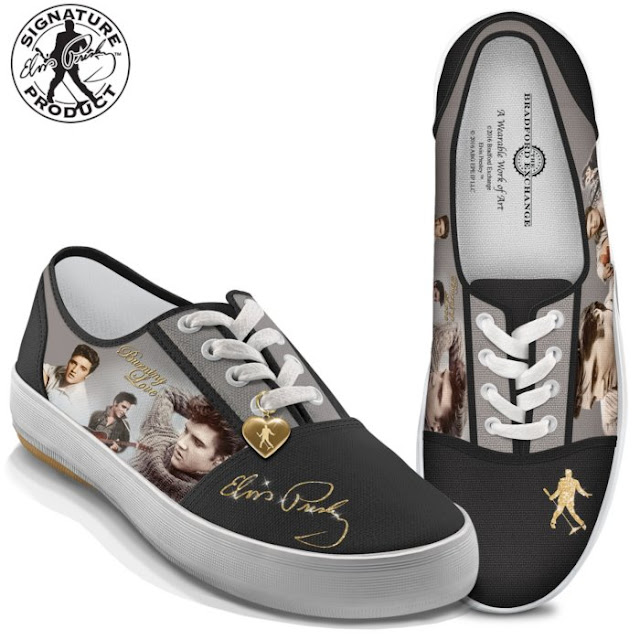 They sure love a bit of Elvis at Bradford Exchange, including these canvas sneakers for an eye watering $180. Elvis shoes and they're not blue suede? GTFO. 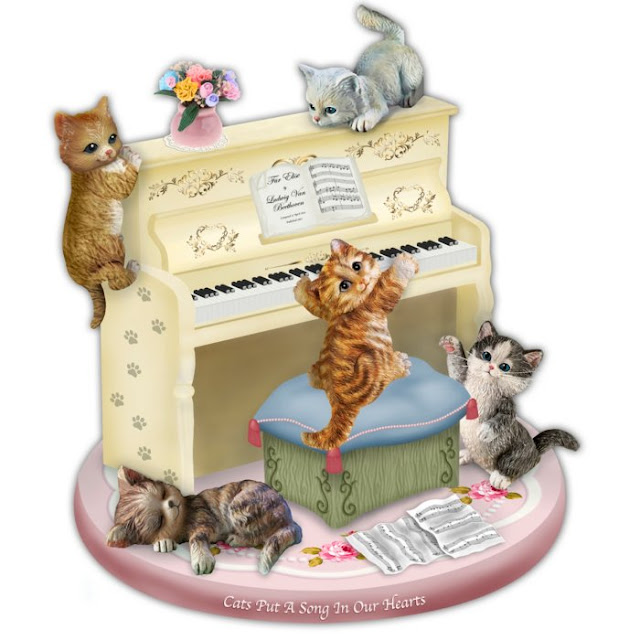 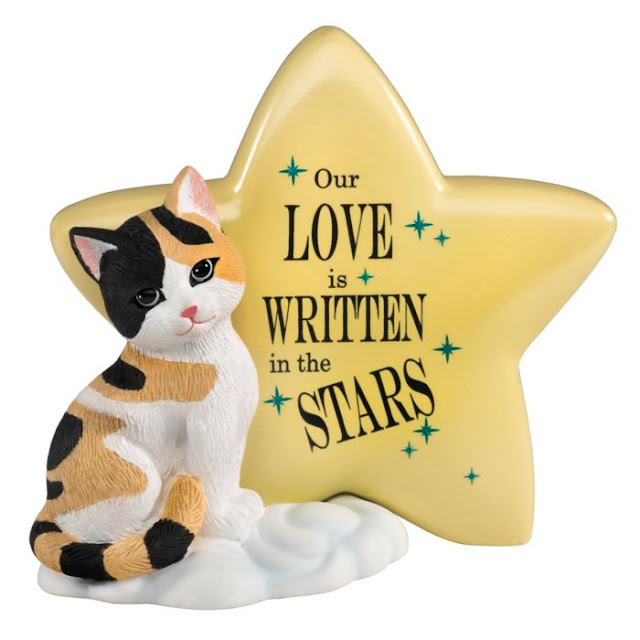 Cats are a favourite subject at Bradford Exchange. This resin cat, which might be a cute knick nack to pick up at a discount store so it can gather dust until you throw it out next time you move house, instead costs $79.99. 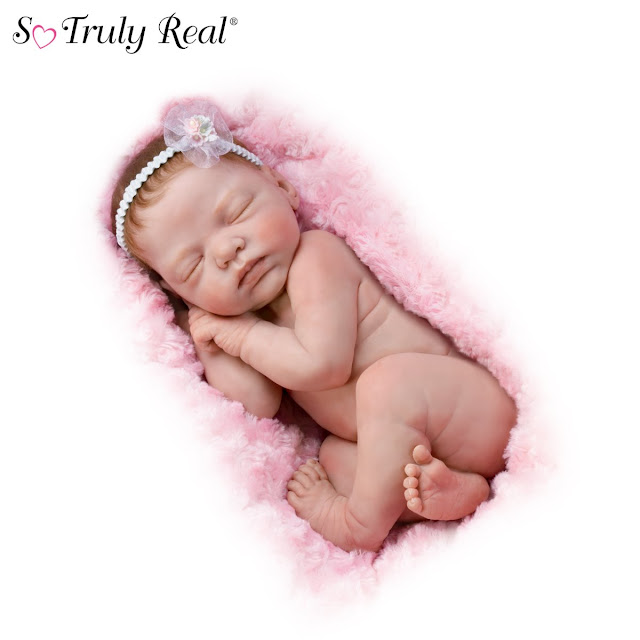 But collecting cat figurines is relatively normal, sadistic witch educators aside. We now get into the world of hyper-realistic baby dolls; expensive dolls weighted and sculpted to resemble real infants. It's a world that even its afficionados admit is "a little crazy"; the dolls can fetch prices that would buy a new hatchback car and are eagerly snapped up by collectors who name, dress, feed and change their dolls as if they were real infants, documenting their hobby online. I'm not going to psychoanalyse why people do this, but if you're still at the $250 per doll stage of doll fandom, Bradford Exchange has got you. 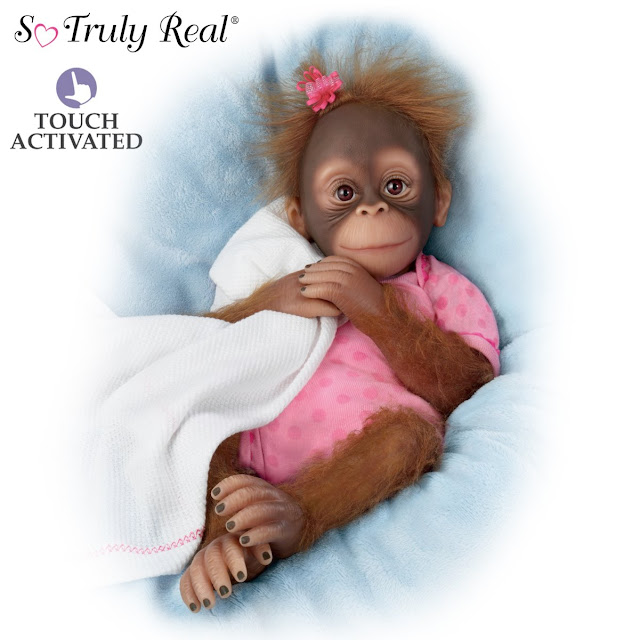 But if you're feeling like human dolls have been done already, there's also lifelike baby orangutan dolls, handcrafted in RealTouch® vinyl (does the skin feel like human skin or like an actual orangutan?), able to "breathe" when touched, and with clothes and accessories to be anthropomorphised to your heart's content for the price of a decent donation to protect actual orangutans under threat in the wild. This is, I don't need to say, really fucking disturbing. 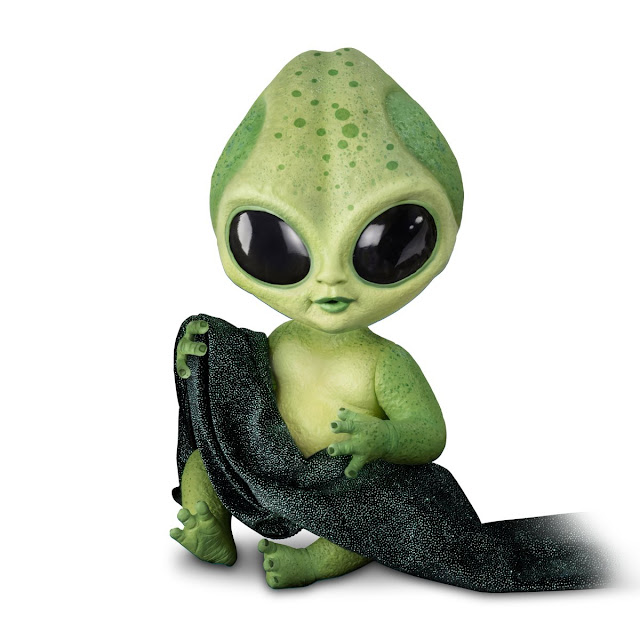 Oh, come on. Also, realistic body markings? How can they tell? 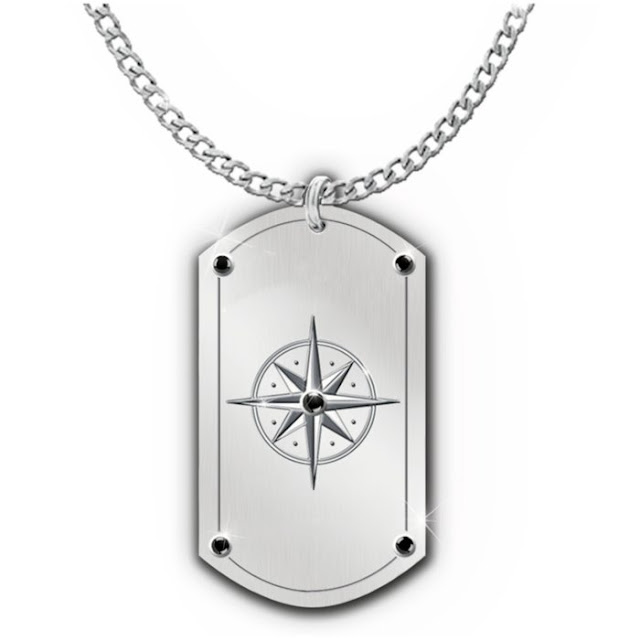 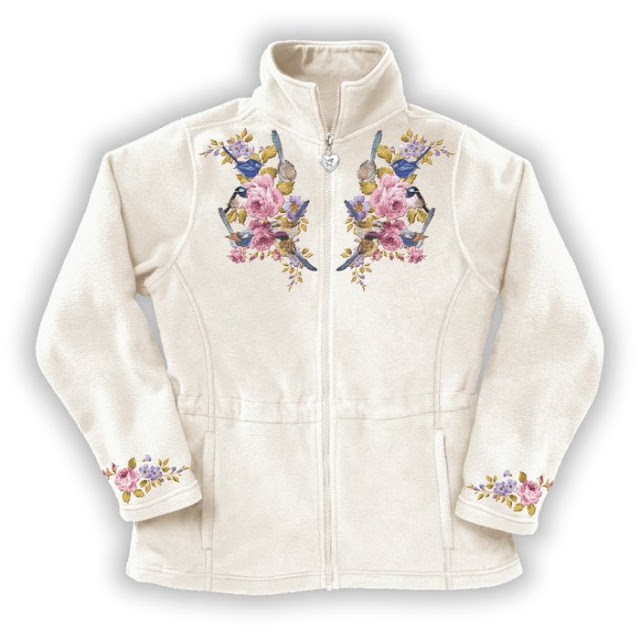 If you can afford to drop $150 on a fleece jacket, but want the world to know you haven't lost touch with your RSL-carvery-for-tea-is-a-big-night-out roots, this Fairy Wren jacket is right up your row of pokies. It features in Bradford's Mother's Day gift ideas, and heavens to Morgatroid, no. For Mother's Day, this mother appreciates wine and gift certificates (which I will actually use, otherwise it's like the companies are stealing money from you). 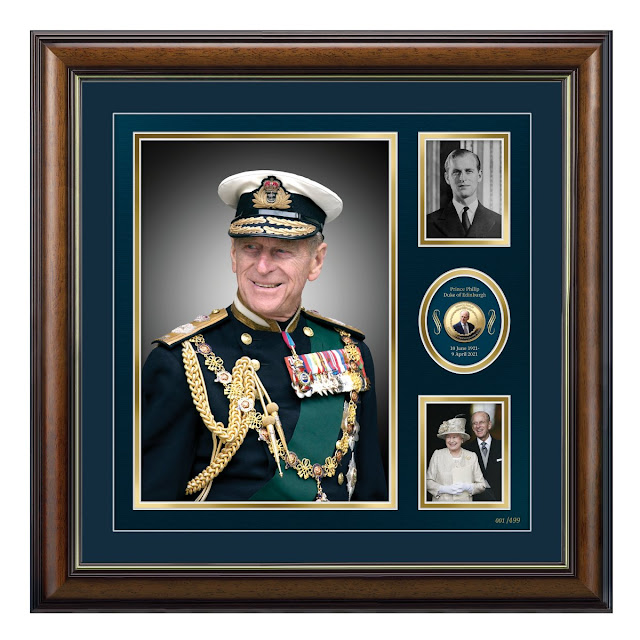 Well, that didn't take long. I wonder if they had the design of these "commemorative prints" ready to go in advance, just filling in the death date once the Prince croaked. 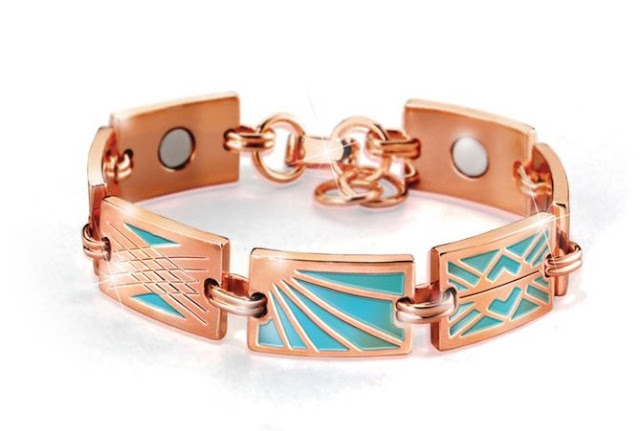 If your aesthetic is all about woo meets cultural appropriation, you're going to love the "healing rays" magnetic copper bracelet. And whilst topical application of pulverised copper has some use in wound healing, there are no "healing rays" that radiate off copper jewellery; copper can't be absorbed through the skin and if it could, you'd die of copper poisoning. Copper jewellery is peddled as a folk medicine for arthritis, but a copper bracelet isn't going to do shit. 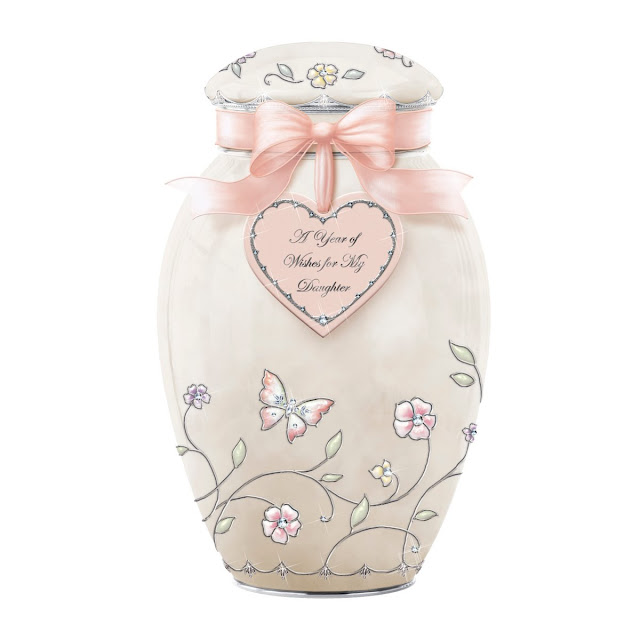 This...looks like a cremation urn. I thought it was. But no, it's a "year of wishes" music box, holding 365 inspiring wishes on pink parchment paper to tell your sweet daughter what you wish for her. With the subliminal message that you wish for her inurnment. 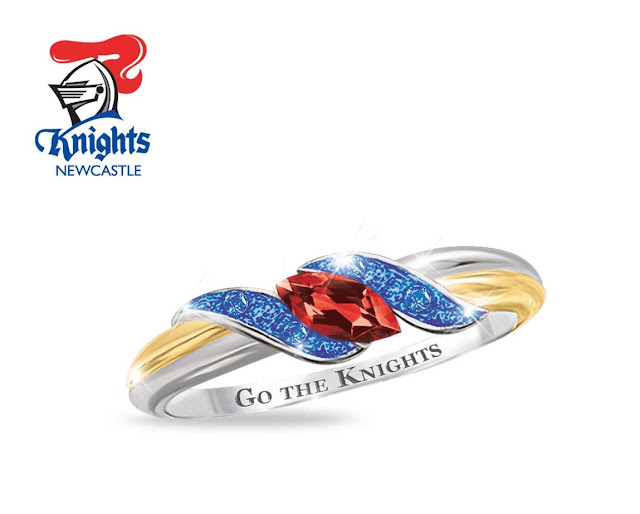 A Newcastle Knights ring, in a suprisingly tasteful design (compare to the AFL rings, which are just hideous) but again incredibly overpriced, and all rather...odd. Team jewellery is available for all AFL and NRL teams, in a range of designs. Please tell me these are manufactured on demand. I cannot bear the thought that somewhere out there, there is a warehouse full of this stuff waiting to be bought. 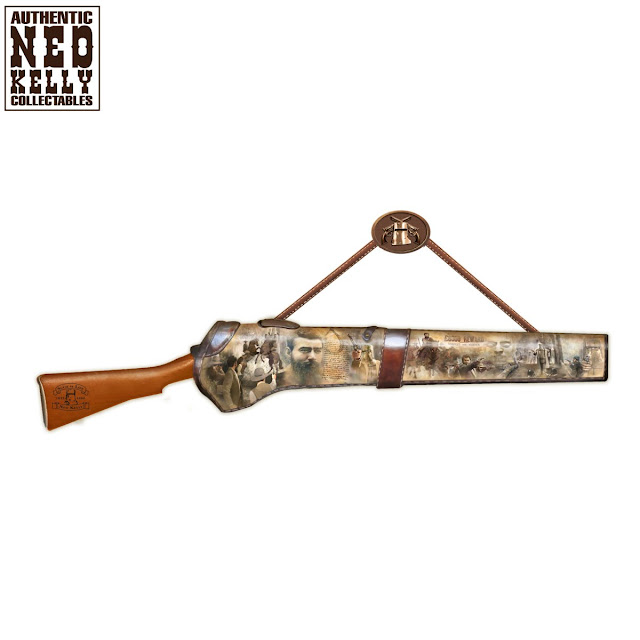 America has made heroes out of law enforcement types such as Wyatt Earp. In Australia, our legends are on the other side of the law, like Ned Kelly. Mythology has created a legendary hero out of Kelly as a fearless freedom fighter, sticking it to the Squattocracy, demanding they share their wealth and relieving them of it a gunpoint if they didn't do so voluntarily. In reality, Ned Kelly swaggered about brutalising and traumatising the people and communities he attacked, taking hostages, threatening violence, and declaring himself the finest man that ever stood in two shoes; were he alive today, he'd drive an illegally modified car on an expired licence and call himself the Mayor "cause I run this town!".

Bradford Exchange clearly loves the Kelly myth though, with a wide range of memoriblia, including this replica of the rifle he used to shoot several police in cold blood. And whilst I know many of us are iffy on the police right now, I don't think going about executing them will help any. Ironically, the sort of people who shell out a fortune on Ned Kelly souvenirs are exactly the sort of people who'd decry the wealth distribution ideas Kelly favoured, and have a decidedly dim view of people who protest police brutality. 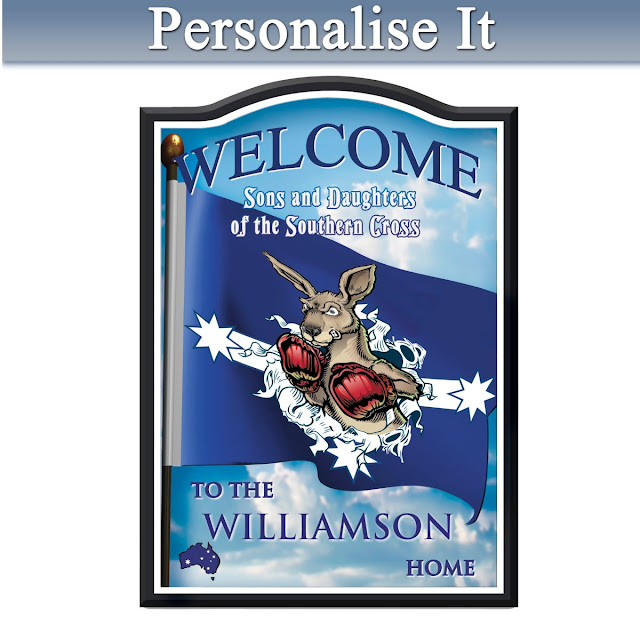 Ned Kelly fans, in fact, tend to be the sort of people who'd also have a $200, personalised "sons and daughters of the Southern Cross" sign in their houses. And in the unlikely event I was invited into one of their houses and saw this sign, I'd be out of there faster than if I saw a "Live, Laugh, Love" sign. 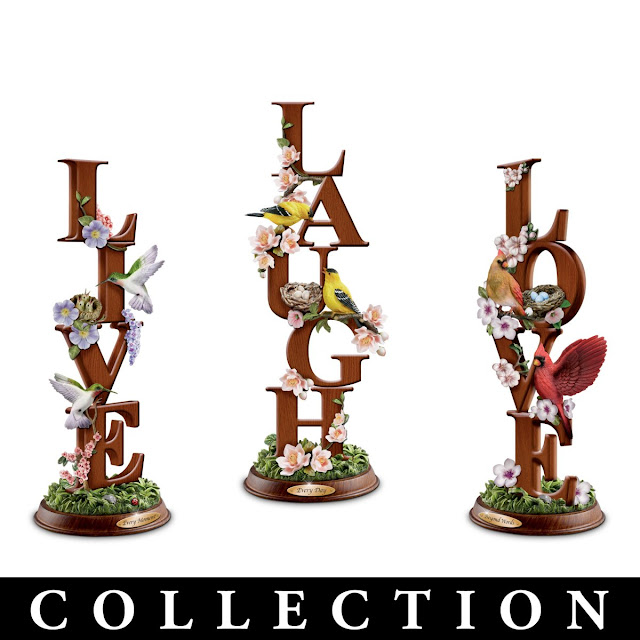 Bradford declares this Live Laugh Love sculpture is a "first", and if they really were the first to peddle live laugh love merchandise, they really should have trademarked the thing; they'd have made a fortune. It's suggested the sculpture pieces can be displayed alone or together, which is unfortunate; if you saw LAUGH standing by itself, you would, and ask your host if they were being ironic, and they'd be confused, then hurt, then angrily declare they don't have time for your toxic vibes.

After all this, I've barely scratched the surface of the puzzlement, the wonder, the priceless insight into the human condition that is the Bradford Exchange collection. I do hope I don't get sued (and if they're tempted, I've got nothing, since I'm a single mother working part time due to disability and most of my spare cash goes on gesso and spray inks with very little resale value). And I have to admit, there's one or two things from the collection I'd like - but won't buy (spent my money on Distress Oxide this fortnight; I love those things). So from now on, if people give me guff about being practically middle aged and spending any of the rest of my money on Funko Pops or Living Dead dolls, I'll remind them it could be worse. I could be into stuff from Bradford Exchange.