Karma will get you 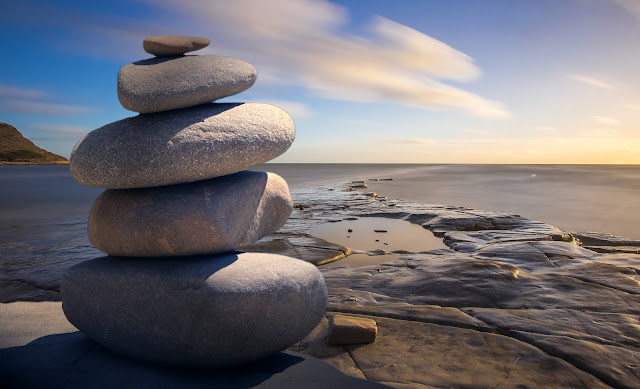 You can't go a day on the internet without seeing someone invoke Karma. Someone will post on a neighbourhood Facebook group that their bicycle was stolen from their front yard, and the police don't seem all that bothered about tracking down the perpetrators. And there it will be in the replies: "Don't worry. Karma will get them eventually".

They're not referring to the complex concepts of Karma in Hindu, Buddhist, and Jain philosphy. The watered down, White version of karma casually invoked on the internet whenever someone has a grumble is taken to simply mean: if you do something bad, something bad will happen to you. Placing it, I guess, on the lower end of the scale of cultural appropriation of spiritual practices, the whitewashed, for-profit magic bowls and yoga and saging that function, in the words of the late Elizabeth Wurtzel, as "a brain-dead insult to the very Native American [or Asian] culture it is supposed to revere".

I can see why the concept of karma appeals so much to people: the idea that the Universe makes sense, that if you throw out bad energy, it comes back to you, and balance is restored. But think. If karma is real, why does it only work some of the time? Could it be that the Universe is in fact a random place, and whether or not bad things happen to you is just luck?

How's karma working for George W. Bush? He led the invasion of Iraq based on a lie, an invasion that kicked off an eight year long war that killed perhaps 500,000 Iraqi civilians - we'll never know - and 5,000 invasion forces, mostly young Americans who joined the army as their best career opportunity, due to the high cost of college and lack of job opportunities back home in a nation that spent an estimated $1.7 Trillion on the war. And what is the adorable Mr. Bush up to now? There was never going to be a war crimes trial for causing such catastrophe; prior to the invasion, Bush removed the U.S. from the jurisdiction of the International Criminal Court, the UN body which prosecutes crimes against humanity. Instead, he spends his days enjoying retirement on his ranch in Texas, hanging out with his dogs and painting. I'm sure sometimes it's raining on a day he meant to go fishing or he stubs his toe and it hurts like a bastard, but it hardly counts as karma for the things he's done.

Or what of Rupert Murdoch? The horrors he wrought may have been less direct, but surely as damaging, at least in his nations of influcence. The damage and human suffering he's caused through his weaponised media empire throughout the Anglosphere can scarcely be overstated. But the man is still hale and hearty at the age of 91 and worth $17 Billion, when if karma was a real thing, he'd be sitting in a chilly and underfunded nursing home, overdue to have his colostomy bag emptied.

Whenever I see someone casually mention karma striking retibution for deeds small or large, it gets on my tits. First of all, the the efficacy of karma is wildly inconsistent, and if people thought about it for a minute, they can see there is no karma, only the random luck of the universe. There's also the cultural appropriation aspect of turning a complex philosophy from faiths not of your lineage into a throwaway line to make yourself or some internet random feel better.

But the really awful thing about the whitewashed karma I'd like to see eviscerated from the discourse is that, taken to its "logical" conclusion, it stands to reason that if something bad happens to you, you must have deserved it. And that is just not fucking true. Trauma informed theory tells us that if someone has experienced past trauma, they're more vulnerable to severely distressing incidents; I think of several people I know who've had lives of despair, and I know they did nothing to deserve any of it. At its most extreme, I've seen karma used to justify the Holocaust - that Jewish people were singled out as a ethno-religious group for slaughter because of nebulous evil deeds they'd committed throughout history - and just no.

I know I've got little hope of people quitting mindlessly posting about karma (or saying "drink the Kool Aid", for that matter). But have a look at this excellent list of resources from Native American and Asian writers asking people to stop and think before borrowing their spiritual and sacred concepts to use as Instagram hashtags, and if karma has gotten you - if you've adopted the concept of some cosmic balance to explain the rights and wrongs of the world - I hope you can get rid of it.