Is public transport pushing up the road toll?

Nico Bell 5.1.18
Australia's road toll is rising again. The number of people killed in road accidents has been declining for decades - with seat belt laws, random breath testing, improvements in motor vehicle technology - but now it's climbing again, seen particularly over the recent Christmas New Year period, with 66 people dying in car crashes. Road experts and police are blaming the usual main causes of crashes - speed, fatigue and alcohol - and the more recent cause of dangerous driving, mobile phone use behind the wheel.
But there could be another factor, an aspect of modern life causing an increase in distracted and dangerous driving, as touched on in this Facebook post: 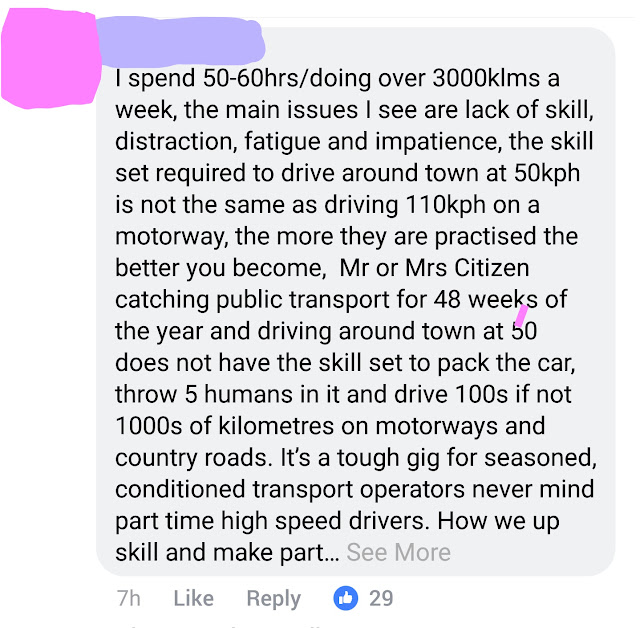 People are turning more and more to public transport in larger cities in Australia, and that's a great thing, but could it be contributing to the increase in the road toll? People spending less time during the year behind the wheel, polishing their skills. They're instead on buses, trams and trains, where they don't bear responsiblity and can use their phones all they want.
But then it's Christmas, and they're getting out the car they usually only use to drop their partner at the station when it's raining and for weekend trips to Bunnings, and they're driving hundreds of kilometres on motorways and highways they're not used to. Could the lack of practice be a factor in crashes? Are these out of sorts drivers and their rusty skills causing accidents?
I don't know if it is true or not. I don't know if people doing the sensible thing and using public transport during the year is causing a decrease in sensible driving during the holidays. But I do hope the boffins who research such things are looking in to it, and if so what to do about it to make things safer for everyone.
Just don't be this guy. Not only from my hometown of Newcastle, but the very suburb we lived in when last up there; and I saw this and thought I bet the late night comedy shows pick this up: 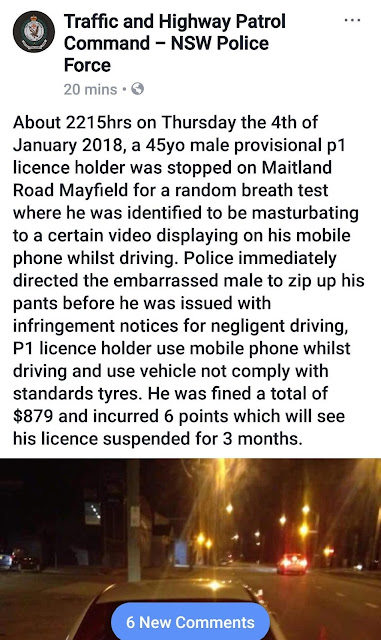 Don't be this guy. And I sincerely hope I never, ever find out what sort of disgusting video he was watching.