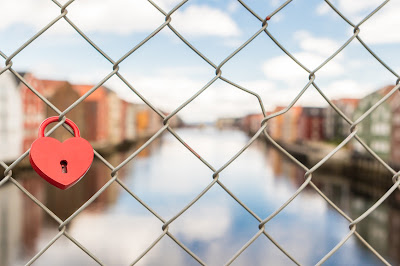 It's been so long since I started this blog, back then Mark Latham seemed like a hopeful choice for Australia's future, if you wanted a new ringtone you'd SMS Jamster Mobile for $4.95, Kim Kardashian was only on her first marriage and besides you'd never even heard of her, and I was thin. Really, really thin. It couldn't last though.

As an author, Nick Hornby is brilliant at bringing the stagnant corners of the human psyche to a humorous light, but he gets it way wrong in classic angst tale High Fidelity when he says ageing from 25 to 35 is not life's most fattening journey. I'm sorry if you've not fully crossed that threshold of life yet, but yes it is. Youthful metabolisms slump to a crawl, social (or regular) smoking habits are abandoned, exercise routines (and sex lives) get pushed aside in the service of mortgages and small children, and the next thing you know, you wake up one morning and you're a fat bastard. A 35 year old fat bastard.

Add in plantar fascitis, medication, comfort eating and a recurrence of some old pregnancy issues making it excruciatingly painful to stand and walk sometimes, and here I am. Really, really fat.

And whilst body positivity is great thing in principle, I have worries about the Healthy At Every Size movement and fat acceptance in general. Medical research still tells us that obesity is really unhealthy, that being "fat but fit" still results in negative health outcomes, and there are very few medical reasons for being obese beyond eating too many calories and a sedentary lifestyle. There's a lot of noise around this, but as far as I can tell, the best idea is to eat a varied diet with fresh fruit and vegetables and lean protein, get a bit of exercise, and discuss any concerns with your doctor. I don't think any young person in the normal BMI range is going to gorge themselves to obesity in seeking to emulate the social media stars of the fat acceptance movement, but it still creeps me out a little in promoting an unhealthy lifestyle.

So yeah, I want to lose a good bit of weight and get more active, and fit into my non-muumuu wardrobe again.

But there's a little part of me saying "I don't wanna". And it's not even the part that revels in the fact that ice cream is so, so much better than it was when I was a kid. (Why did the manufacturers of those giant 4L 1980s tubs of tasteless ice milk bother with the other two "flavours"? Neapolitan? We just wanted the chocolate).

It's that for the past few years, my fat has been a safety blanket for me, protecting me from the male gaze. It's been glorious. The past half decade or so has been blissfully free from street harassment, from chatting up, from chatting in general, even from men who would ask me what I am reading. Men look at me, their minds instantly register "ugh, fat", and move on. Just when we started to talk about the street harassment, the groping and propositioning and sexual insults, that women face their whole lives for daring to work or study or use public transport or exist in public space, for me it stopped.

Maybe it would have stopped anyway on account of getting old, but by being fat, I have been able to go about my business without anyone staring at my arse or trying to remove my ear buds or sitting pressed up next to me on the bus despite that there's heaps of free seats. I don't think I've even been told I'd look prettier if I smiled.

Maybe not all men who did that intended me harm, but I feared they all did, and from experience.

And I feel almost guilty that I avoided my share of the burden for a bit. I wish I could wipe away all the generations of habitus and years of conditioning that has ended up here, with women finding simply going about their daily business frightening and exhausting, a certain percentage of men making women's  lives scary and tiring, and the rest of them in blissful ignorance. I cannot make that change, not all at once, not enough to make it count on my own. So I feel guilty, in my way, that I avoided the harassment that was then piled on to other women - guilt being another feeling we're familiar with.

We can make it stop, I'm sure, by speaking up. But you know what, instead of women having to do all the work for once, let men take some of the burden in ending street harassment. Guys, if you see a mate doing it, stop him. Heck if you see a stranger doing it, stop him. (And stop him, the man. Don't swoop in as a white knight trying to be the one to get the date. That's just adding to the problem).

And I will lose the weight. I'll just miss my fatty security blanket. Being fat might be unhealthy, but it's also making a statement that my body is mine. It's not for men. No woman's body should be viewed that way. But they are, and that's the problem we have here. It's a helluva choice to be making, but I have to shed my armour and go back into the scary world unprotected. But if I did choose to stay fat, it would hardly be the last time toxic masculinity lead to harming a woman's body.